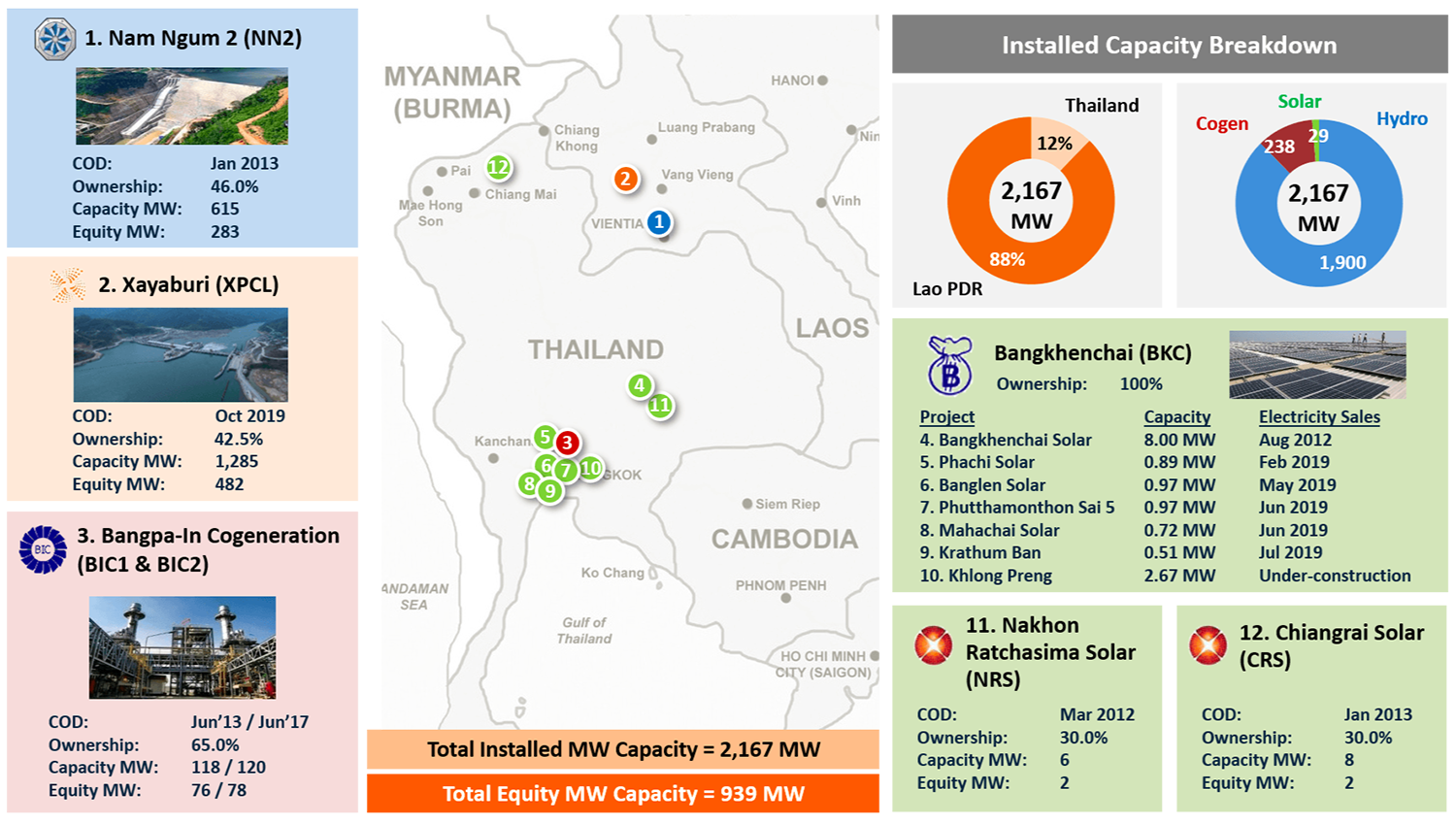 2. Does CKPower disclose water flow and electricity production information?
The Company discloses monthly operating statistics in Investor Relations section on the website. Please click here for more information.
3. What are the differences between a Storage Dam and a Run-of-River hydroelectric power plants?

Storage Dam impounds water in a reservoir constructed higher than the powerhouse and uses the water pressure from the height difference of water levels between the reservoir and the powerhouse to spin the turbine with high velocity to generate electricity. The water in the reservoir can be stored and used in electricity production later throughout the year. Nam Ngum 2 Hydroelectric Power Plant is a storage dam hydroelectric power plant of CKPower.

4. Do storage dams in China affect the volume of Mekong River’s water flow in Lao PDR? How?

Source: Overview of the Hydrology of the Mekong Basin, Mekong River Commission – November 2005

CKPower focuses on investing in clean and environmentally friendly energy projects, which have a stable cash flow and a power purchasing agreement with reliable off-takers. Depending on the energy types, CKPower requires a rate of return of 10-15% for a Green Field Project and 7-10% on a Brown Field Project.

6. What is dividend policy of CKPower? How was historical dividend payout ratio?

CKPower has a policy to pay dividend not less than 40% of the net profit of separate financial statements after deduction of corporate income tax and legal reserve. Dividend payment will depend on the Company’s cash flows, investment plan, obligations under the conditions of loan agreements, and other relevant factors. In the past, the dividend payments were typically higher than the policy level. For more information about dividend payment, click here.

7. Where can I find information on the debentures of CKPower and its subsidiaries?

CKPower aims to increase its installed capacity to reach 5,000 megawatt within Year 2025. The Company’s main investment focuses are on large hydroelectric power projects in Lao PDR, cogeneration and renewables power projects in Thailand as well as other projects in the Southeast Asia region. 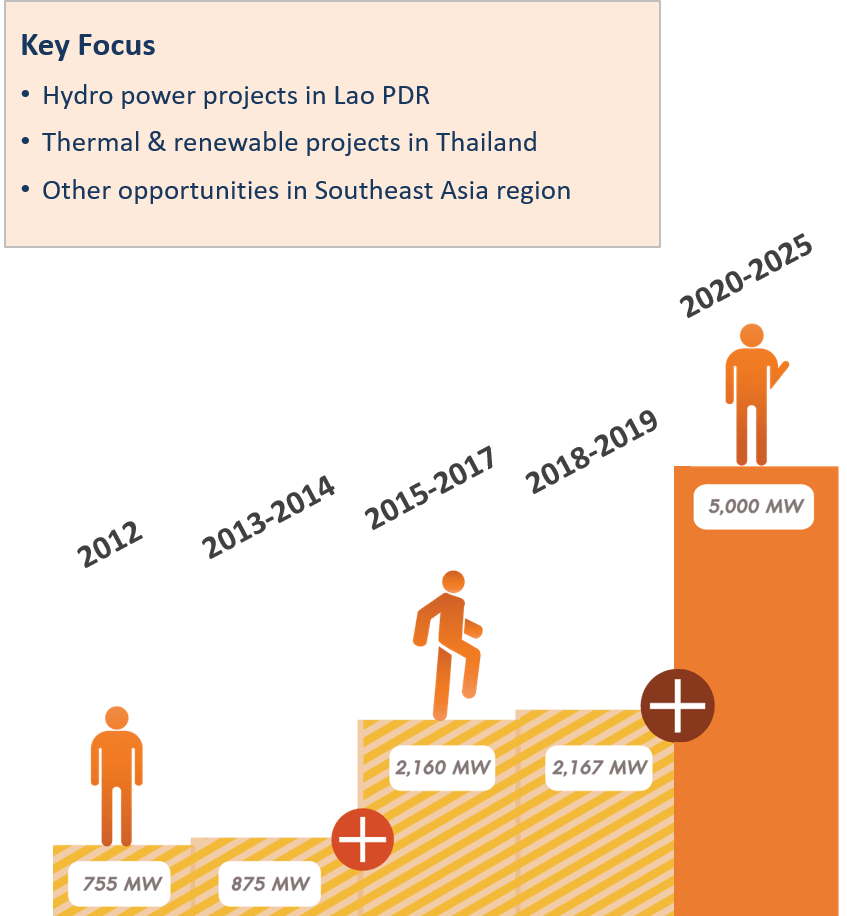